This is the story of a tool that draws inspiration from the Industrial Revolution days (the 1830s and 1840s). With the onset of the revolution, people flooded factories and offices. This led to the invention of tools that helped ease out the management tasks. Example: the invention of the typewriter in the 1870s and the adoption of computers in workplaces in the 1950s.
No items found. 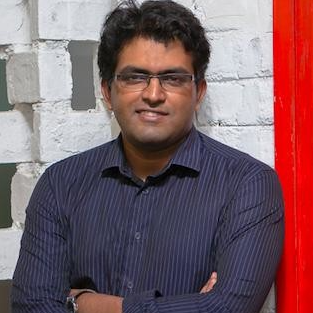 This is the story of a tool that draws inspiration from the Industrial Revolution days (the 1830s and 1840s). With the onset of the revolution, people flooded factories and offices. This led to the invention of tools that helped ease out the management tasks. Example: the invention of the typewriter in the 1870s and the adoption of computers in workplaces in the 1950s.

And then, one thing led to another and there was a digital evolution. Google Docs (2006) replaced typewriters and enabled collaborative documentation. Dropbox (2007) replaced bulky file cabinets. There were countless tools and countless tabs - each solving for a particular use case.

In 2013, Ivan Zhao And Simon Last founded Notion - an all-in-one collaborative workspace. Notion 1.0 however only enabled notes and an internal wiki that was collaborative

By 2015, Notion was dying. They were gonna run out of money. They fired the team of 4 founding members. They decided to get away to someplace they weren't distracted and could focus on reshaping the product. That's how they landed up in Kyoto, Japan. Ivan was spending 18+ hours redesigning Notion.

“Neither of us spoke Japanese and nobody there spoke English, so all we did was code in our underwear all day,” - Ivan. Source.

In March 2018, Notion 2.0 was released. It received praise on Product Hunt as the #1 Product of the Month with close to 8000 upvotes and was featured in an article in WSJ. T. You could do a lot of things on Notion 2.0 and replace multiple apps generally used for notes, wikis, tasks, projects, spreadsheets, CRM, and much more.

Today Notion is valued at over $10 billion after the latest $275 million funding round led by Sequoia Capital and Coatue Management. It has close to 20M users today. Its community on social platform Reddit has 150,000 subscribers, nearly ten times the number of members on Slack. Supporting all this is a team of just about 200 people. Source.

Ivan's idea behind building Notion was to become the "Lego for productivity". If he was looking at replacing multiple tools at work, he knew he had to build a no-code tool that was super simple and allows teams to customise it and use it the way they wanted to.

Interestingly, Notion had set out to become a B2B SaaS tool through its enterprise product. But they discovered that it had picked popularity amongst the B2C masses as well, including students who would use Notion to maintain a wiki for their study notes. Notion played along with the trend, believing that every B2C customer will eventually lead them up to a B2B customer.

The innermost one is the community ambassadors or advocates who knew the product inside out, helped translate the product into local languages and also organise user events locally. There were 100+ of these power users across 20+ countries who were known to the entire Notion team on a first-name basis.

The middle layer was the online communities on Reddit, FB, Slack and Discord. Most of these were organically founded to get together and discuss common use cases and discover the product better.

The outermost layer was almost every user - anyone who used Notion.

For Notion, from Day 0 - the community was at the core of the business! Hear more about Ivan's idea behind the community in this video 👇

Here are some quick growth facts you should know:

Notion hit the top of this funnel! Notion is the perfect example of the success of a product-led brand through a community-led approach. A community for them was not just a top-of-the-funnel tactic, but was with them throughout the funnel!

Camille Ricketts was the first employee hired for Marketing at Notion. She noticed there were a bunch of product advocates on Twitter - who told the story of how wonderful Notion was.

Amongst these was Ben Lang - who was then running a Notion Fan Page with almost 80,000 hits! Ben was an avid Notion user. He created templates (back when Notion didn't have its own template gallery) and also launched it on Product Hunt - which got a lot of traction. He also started a Facebook group called 'Notion Made Simple'. He ended up being scouted by Camille who had recently joined Notion back then. They got together and decided to build out the template gallery for Notion and eventually Ben joined the team full-time manning the Notion community.

Here's a quick look at how Notion's team shaped their community-led growth engine! 👇

Camille got Ben on board at Notion, and together they reached out to many more of these ambassadors globally. They arranged events, AMAs with these ambassadors where Ivan and Simon participated as well. These ambassadors were given early access to new feature launches, for feedback. They were given access to funds in case they wanted to secure venues for events. Notion created 200+ ambassadors across 23 countries, each of whom are led by Francisco Cruz-Mendoza along with Ben.

In their early days, Ivan and Akshay Kothari (COO, Notion) were on their way to Singapore, when they decided to meet up with folks on the go - around 20 people showed up. They brainstormed over what they could do better with the product and what features would they like to see in Notion.

This is how they engaged closely with their ambassadors and empowered them to be the voice of Notion. Check this video where Olivia talks about Notion's community-led growth model at the SaaStr annual conference. 👇

Here's how you too can apply to be a Notion ambassador 👇

Phase 2: Convert and Activate your community

With a good bunch of 200+ advocates, Notion had chalked out multiple ways to engage with their community. Being present at multiple channels allowed Notion "to be where the users are".

→ You could join one or more of the multiple community-hosted groups or forums.

Here's a complete list of forums you could join 👇

→ Notion enables the creation of micro-communities or communities of your specific interest around Notion.

→ Send Brand goodies as a part of brand awareness

Phase 3: Drive Expansion of the Product through community

→ Be active on social media - Promote your user's work, show off how users love your brand

Notion Consultants are proven experts who help users make the most of Notion through custom workspace creation and training. Demand for Notion and productivity expertise is at an all-time high. Once you become a Notion consultant, the Notion team sends clients your way - it's a win-win for the individual and Notion as a business.

Several creators are passionate about using Notion for their projects/running side-hustles. They create templates for multiple use cases and launch them on platforms like Product Hunt and Gumroad and have been earning thousands of dollars! These templates are pretty detailed out and easy to duplicate for your work, if relevant.

Templates allow you to quickly add some structure and content to your workspace and can help illustrate what problems you can solve in Notion. Most templates are community-created, be it the ambassadors, online community members or regular users. The templates have become so popular to adapt and monetise over, that many more passionate Notion users are creating and selling these templates every day.

It's day 2 of #NotionTeamAtoZ and "B" is for community leader Ben Lang.@benln helps maintain the relationship between @NotionHQ fans and the company 🥰. pic.twitter.com/IMwfykphFH

🗓️ Btw, if you want to catch Ben Lang live, here are two upcoming events for you:

We're hosting an AMA with @benln this Wednesday on our discussions page!

Come ask your questions about how to build a community, launch on Product Hunt and more.https://t.co/CpA2Gw8jatpic.twitter.com/gWZRMVxhj5

@benln is the Head of Community at Notion, and was one of the early product users who has since helped shape growth, marketing & community strategy across all channels & platforms.

Notion has been garnering much love from its users. It's one of the most looked-up products to drive growth through a community-led approach, and to have aced in that game!

Here are a couple of key members from the Notion team who have been actively driving the community efforts! 👇

It's not just us, Notion has many followers across the globe! Let's take a look at what a couple of them have to say about Notion. 👇 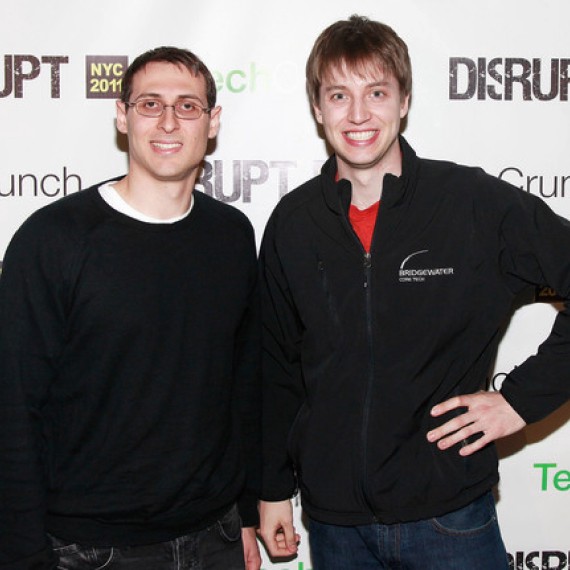 How is Braze leveraging community to build a customer engagement powerhouse

And so eventually they decided on the name Braze - which means to bond or unite something with strength. The idea with Braze was to further blur the lines and unite people and technology. 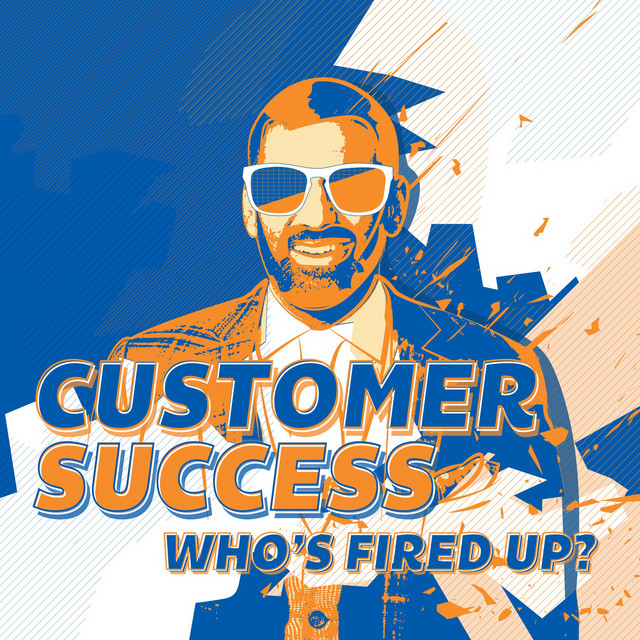 Leadership isn’t always field goals and platinum-selling records, in fact, for the most part, it’s a self-doubting path that forces you to re-evaluate every decision you make. 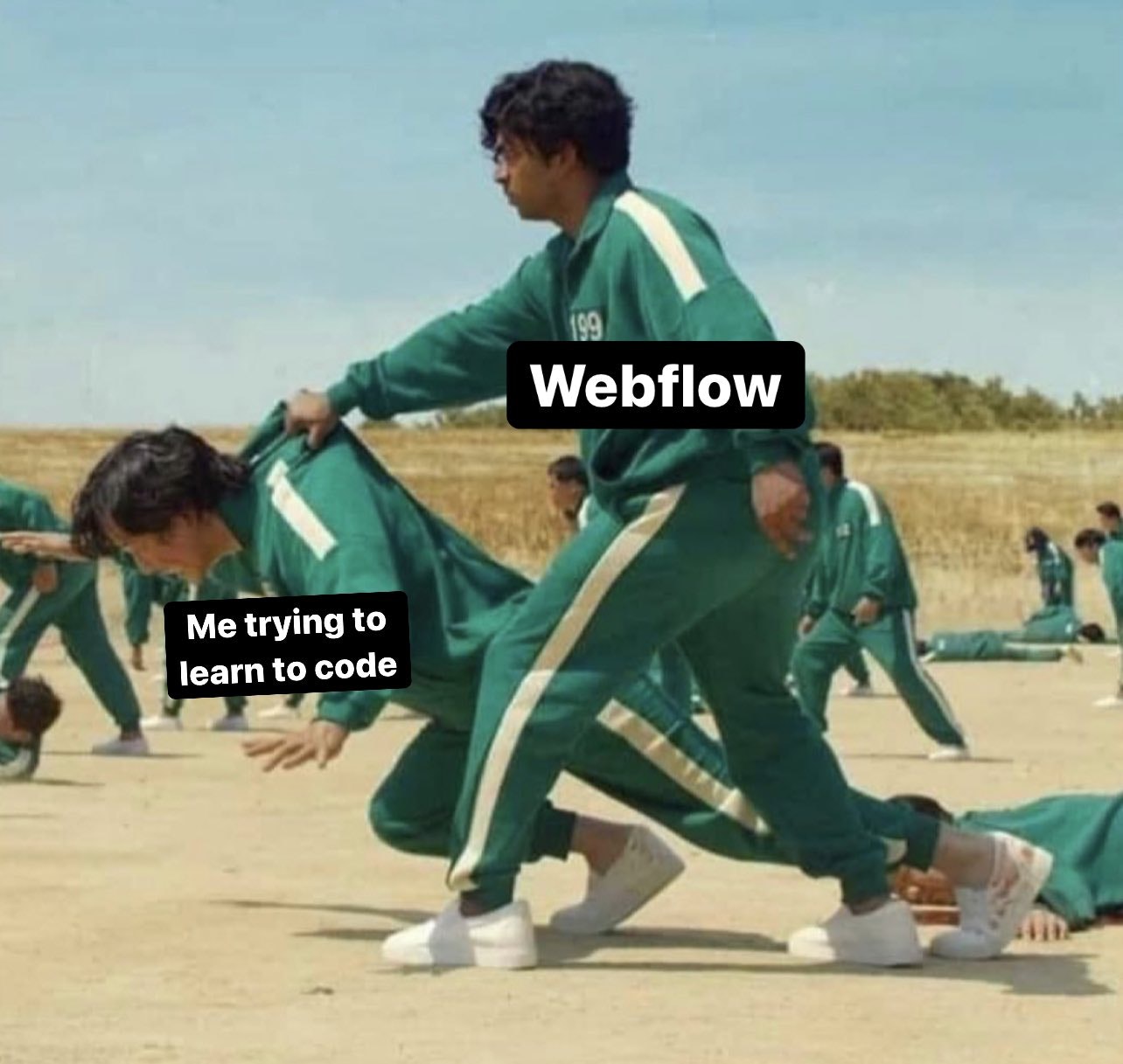 This is a story of a Russian immigrant who moved to America with his parents and has known inside-out what it's like to start over from scratch. Vlad Magdalin, Co-founder and CEO of Webflow, grew up in the United States, watching his dad struggle to make a living while trying to keep the family alive and afloat.