The biggest takeaway from this award is that when it comes to community building, everyone’s a superhero.
No items found.

So, we hosted the first-ever Community Superhero Awards at Threado on the 17th of Jan and it turned out way better than expected. And the best part is, we didn’t have to whip out any backup plans we had in case we bore people to death, which, in case you’re wondering, were these -

We did practice Bohemian Rhapsody but thankfully, we didn’t get to ruin such a cult classic with what was probably the worst A cappella group ever. The audience carried the event pretty well and the chatroom was busier than a beehive.

A big congratulations to all the winners 👇

Every community that was nominated speaks for itself. They’ve been doing a tremendous job in carrying of weight of advocating the importance of community building. These communities have pioneerd and paved the path for the next generation of communities that have people to look up to and strategies to draw inspiration from. The biggest takeaway from this award is that when it comes to community building, everyone’s a superhero.

A panel of community veternans

But before we move into what the experts had to say, we decided to hear what the audiences’ thoughts were on the matter. Needless to say, the engagement wall looked really good.

We asked what community means to people! Here's what they have to say :)

Super cool to use @StreamAliveApp for our event today! pic.twitter.com/uGzxsgAFlY

A plentiful yet ambitious wall indeed which just goes to show how being a part of the community influences people’s views on it. Although these are difficult times, it’s as important to survive this test of economical pitfalls to prove how indispensable the role of a community really is.

Taking the discussion forward we had two very special guests - Francisco Cruz and Stephanie Nakano along with our very own Sharath and Pramod talking about some of their predictions for communities this year.

Francisco is a Community Manager at Notion. He was also a founding team member at Startup Grind, is a Guinness world record holder, and has over a decade of experience building communities.

Stephanie is a Slack Community Manager at Salesforce and has previously worked in community leadership roles at Zapier and Coda.io. With over a decade of experience as a community builder, she has a deep passion for online communities and loves driving engagement.

The panel discussion kicked off with Sharath and Stephanie talking about where community stands right now and how, as a Slack Community Manager, Steph builds a community on a platform that is still largely viewed as a workspace and not entirely a community space. Steph goes on to talk about how her role is largely still not understood and how being a platform Community Manager isn’t just restricted to the platform but goes way beyond just that.

“Statistically, over 40% of all communities are on Slack but there are quite a few people who still say that Slack is not for communities. Taking the statistics into account, how can it be one and the other at the same time?” said Stephanie.

Some of these things Stephanie seems to be working on are how to scale or how to bring values that scale to a community - how do you scale empathy, for example, on a platform that has a lot of active internal workspaces or is largely built for internal teams. Stephanie goes on to say, “This is where my predictions for communities definitely lie and I think that community engagement is an after-effect. We’re solving the actual problems rather than saying “oh, it’s about engagement” when it really isn’t.” Engagement is not really the hottest metric or the hottest statistic for communities. It’s about scaling values that make people feel a sense of belonging.

In the abundance of tools out there, the question that comes forward is that do all these tools really make a difference or are just noise that community builders need to steer clear of. Stephanie, having worked at Zapier and Coda.io, goes on to say that it’s the era of low-code and no-code tools that have in fact accelerated adoption of community-led growth as more people are now able to use tools simply by connecting with others who’re doing the same thing.

Although there’s quite a lot of buzz around newer tools like ChatGPT, it’s going to take time for communities to be able to make sense of all the chaos and realistically leverage it to meet organizational goals or even drive community engagement. But in these times, when we talk about larger communities, there’s a lot of excitement about AI and how can communities draw benefits from a technology that will undoubtedly be a significant part of the future.

A lot of people realize after starting a community that it’s not for them. And this year, with all the hype around communities, there’ll be more people who would want to start a community or actually start a community but then realize it’s not for them. And that’s a good thing. When you’re starting out, it’s not about the scale or the quantity but about the quality of what you have to offer. So, this year might be the year for smaller communities for startups that have realized the strength of community-led growth.

Moving onto the topic of how would communities be impacted in this macroeconomic state of the world, Stephanie goes on to say (without any sugarcoating) that community teams have been vastly impacted and this will traverse deep into 2023 leading to cuts in investments or even scarcity in resources because returns on community can sometimes be slow. But at the same time, communities will become the pinnacle for sustainable growth because the ones that survive will have a strong foundation that surpasses any lasting effect of macroeconomic troubles.

With companies cutting costs, most community teams will have to get creative in their ways that lean more towards organic growth. Notion exemplifies what’s possible if community-led growth is done right and Francisco shares his playbook and what he thinks communities can follow as a rule of thumb to sustain and grow through 2023.

In the past couple of years, people have finally started to take communities seriously. Francisco recounts some of his earlier days when ‘Community Manager’ was just a glorified word for an intern; you’d catch community managers doing everything from cleaning chairs to managing social media and anything in between. Cut to now when most companies and people in leadership positions are starting to realize that community building is a long game and that’s one of the most important things for decision-makers to understand.

Notion started that way too. The founders were patient and would personally respond to all the tickets that came in. And people need to realize that a lot of the work is not very glorious, it’s all grounded in doing things that don’t scale like taking customer calls and resolving queries. What Notion’s founder did was sincerely listen to the people who were using the product and take their suggestions as building tools for shaping the product. This is also how the people started taking the community seriously.

One thing that really worked for Notion early on was in-person events. It started organically happening after a bit when people started gathering to discuss productivity hacks that can be done with the product. And it’s important to hit the metal when it’s hot which is exactly what the founders did back then. They started supporting these programs and made them official. Soon there was an ambassador program that focused on helping Notion users become vocal advocates of the platform.

Further expanding on how to inculcate the prominence of a community is to have clear values in the beginning so people feel a cohesive yet distinctive affinity to the community. It’s the simple things that stem from this. Helping before you ask for help. Making friends and not contacts. As a result of this, other people who identify with these values will be attracted to the community and also stick around for the same reason. Another important thing is to really support the early adopters even if that means financially. Give them the tools, platform, and voice they need to first help themselves and then start giving back to the community.

So, a great thing to really build on this year is building the foundation of your community and focusing on providing value that people identify with. Organic growth is the most sustainable way of growing and when it comes to communities, the best way to do that is by giving control to the people, taking a step back, and supporting them the best you can.

With all the love flowing in and seeing how delighted  community builders felt, made us realize that our first attempt at something new was indeed a success. Next time will be bigger, better, and brighter, we promise.

If you’re reading this and you were a part of Community Superhero Awards, we thank you for supporting us. If you couldn’t this time, we hope to see you next time.

🐳 Thanks @ThreadoHQ for recognising our incredible community, they are the real superheroes🦸🦸 https://t.co/zH7NyMDG7F

#UiPathCommunity was just awarded Best Ambassador Program at the @ThreadoHQ Community SuperHero 🦸 Awards! A big thank you to our members for being our superpower.💥🧑‍🤝‍🧑 pic.twitter.com/nmomf0ZCHC

Sending 🧡 to all the incredible HubSpot Community members who make it so special!

The OGs win😎.. Thanks @ThreadoHQ 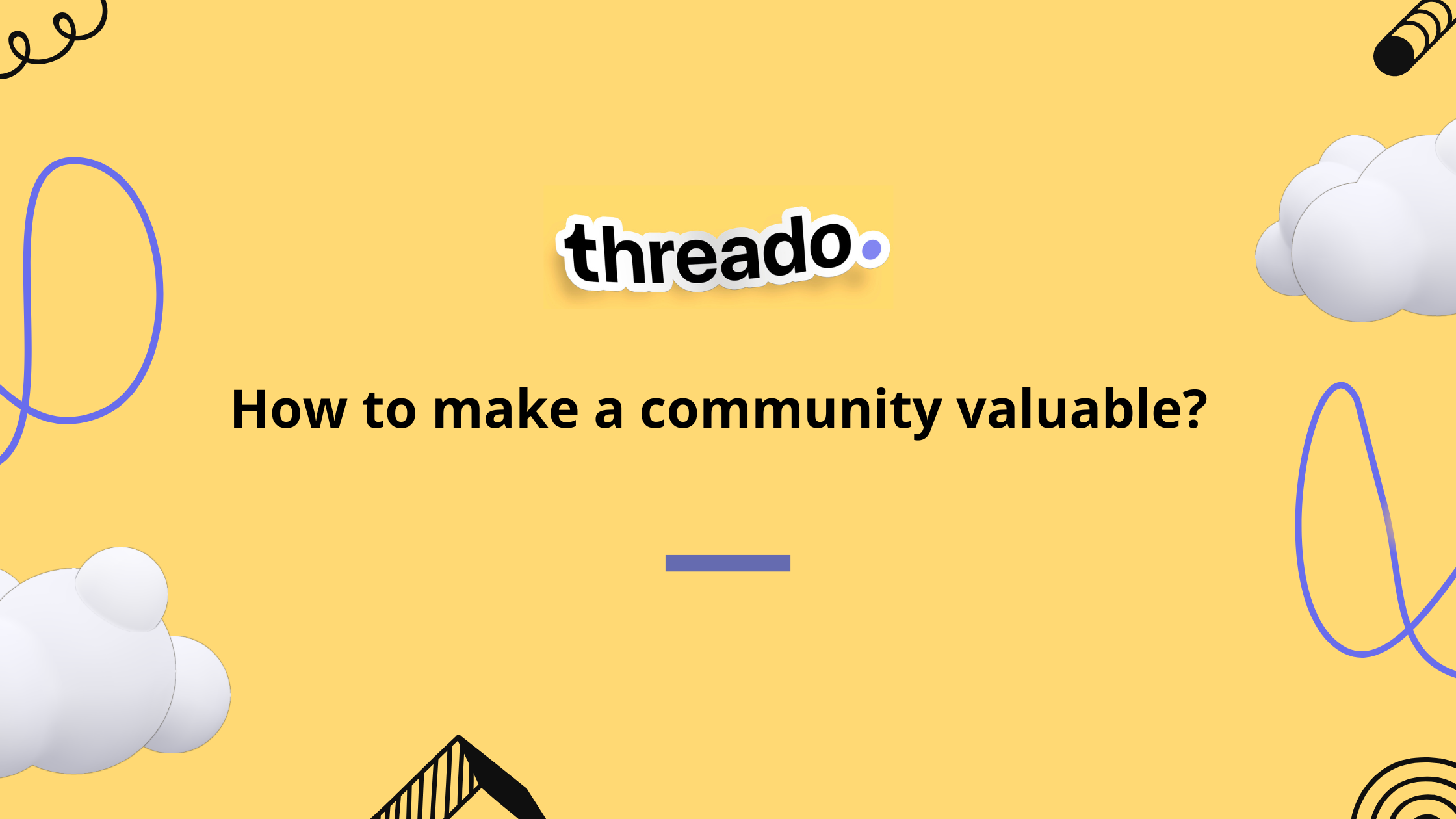 How to make a community valuable?

The core foundation of any community is value, value in content, value in interactions, value in the members. Value is the single greatest thing you can offer as a community builder. 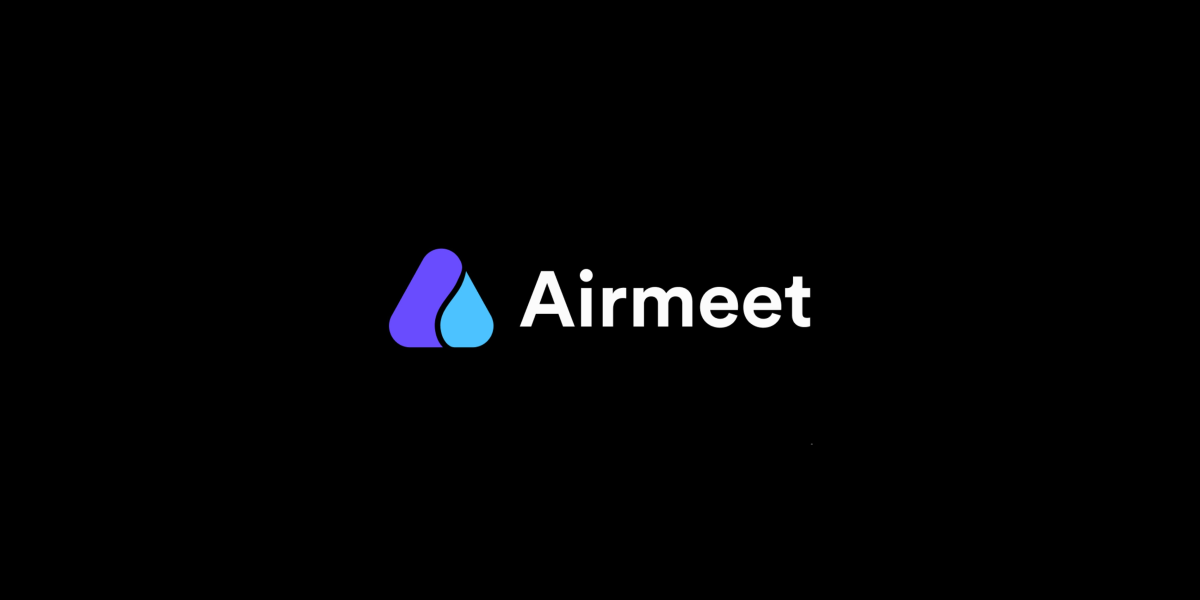 How to use Airmeet

A quick guide on how to use Airmeet for hosting your next virtual conference, workshop, or webinar. 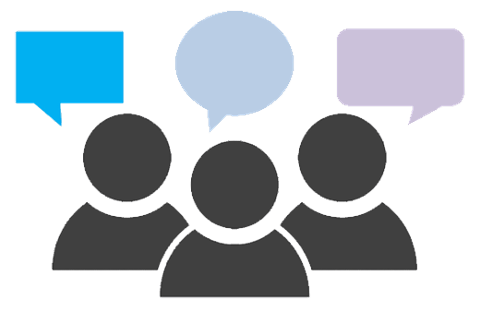 In this blog, we've detailed out features of a couple of top forum-based platforms to create your community on!